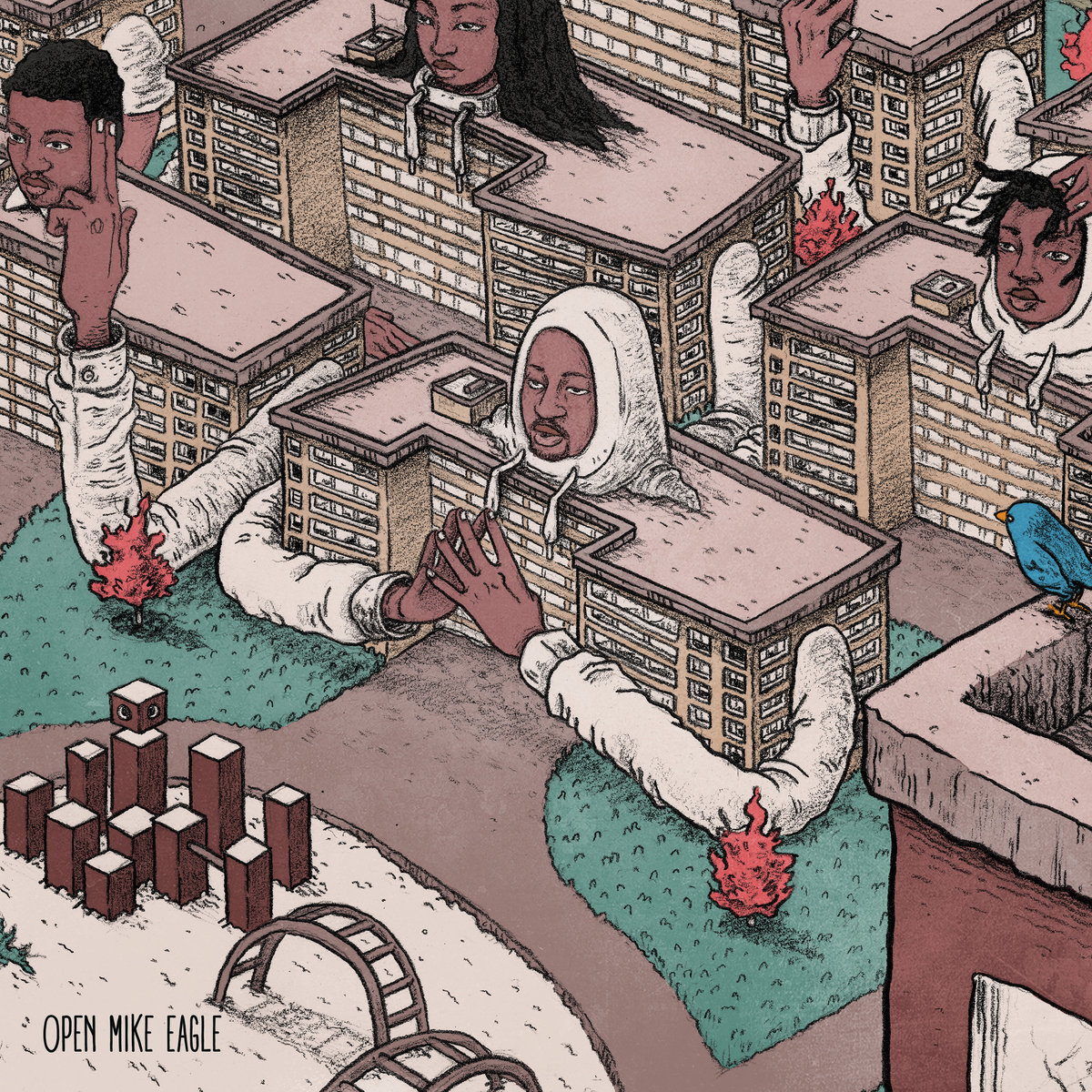 For years, I’ve tried to listen to rap. It’s been a challenge, honestly. I want to like it, I want to get into it the way I’m into Dylan or the Beatles, but it’s been impenetrable. It felt like it wasn’t for me.

Then I found Open Mike Eagle, and something clicked.

His most recent album, Brick Body Kids Still Daydream, is filled with clever wordplay, introspective ruminations, and snappy beats. The album deal with the aftermath of the project building where he spent many of his formative years being torn down. In between verses about the building itself and his years growing up there, he slips in mentions to the X-Men, the Infinity Gems, and Clearly Canadian (remember Clearly Canadian? I drank that stuff every day in middle school).

Open Mike Eagle’s rapping is slow but filled with wonderful rhymes. His flow is impeccable; he slides words and syllables right where they need to be in every bar. “My big dumb brain’s an electrical ocean/Started walking, now my legs in perpetual motion,” he raps in “Legendary iron Hood.” Eagle drops couplets like that almost casually, filling the songs with hidden gems it takes repeated listenings to unearth.

Brick Body Kids Still Daydream is a hell of an album from start to finish. It’s all killer, no filler. Open Mike Eagle is by turns clever, introspective, and thoughtful, presenting an entire album that’s perfect from the very first note.