I came to comics fairly late in the game.  Sure, I’d read a couple of back issues here and there, including a reprint of an old Spider-Man story featuring the return of the Vulture and a few X-Men and Spider-Man 2099 comics my younger brother had laying about when we were wee little things, but I’d never been really into comics as a child.  I watched Batman: the Animated Series and the ’90s X-Men cartoon as religiously as any kid of a certain age did (which is to say, I could recite lines from those two shows better than I could the Bible, much to my mother’s chagrin), but they didn’t draw me into comics.

Part of it was lack of access.  There was a shop downtown that sold comics (and Magic cards, which I was pretty into in high school), but I never went down there as a child.  I didn’t have a car, and mom wasn’t about to take us downtown except to the library.

So, while I was aware of the big-name characters (your Batmans, your Supermans, your various Spider-Men), I had read basically nothing.

When I graduated college, I received two trade paperbacks as a gift from a dear friend: Batman: Year One and The Dark Knight Returns, two seminal ’80s Batman stories by Frank Miller (in case you’ve been in, like, a coma since 1984 or something).  And it sparked something in me.  During graduate school, I started collecting trades, but not single issues.  Single issues didn’t give you a whole story anymore. 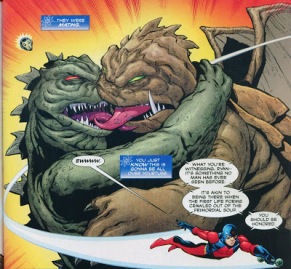 I can’t remember the first comic I read by Gail Simone.  It was probably a random issue of All-New Atom my friend Chad had sitting around in his apartment one evening.  I had no idea what all was really going on, but I loved the story.  It had adventure, humor, and her villains felt disturbing and evil and real.  I was hooked.  I needed to find more of her writing, and fast.

There was All-New Atom, which I already knew I liked.  From there, I found her Gen13 run, and Welcome to Tranquility.  Then I dug into her classic Birds of Prey.  Then her brief JLA story, and her run on Action Comics, and…

Well, you get the picture.  I was hooked. 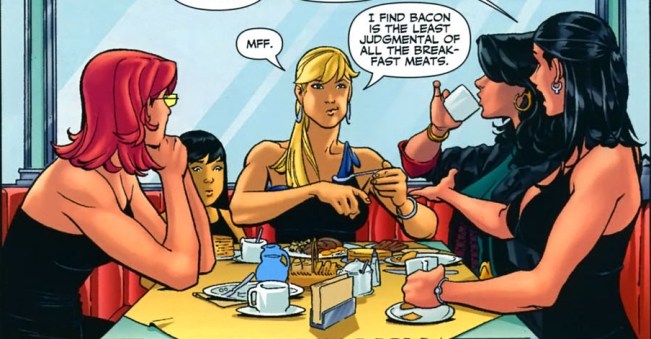 And then I found out she was going to write Wonder Woman.  It was like a match made in heaven.  Gail Simone, writing the most kick-ass of kick-ass lady superheroes.  I had to read it. 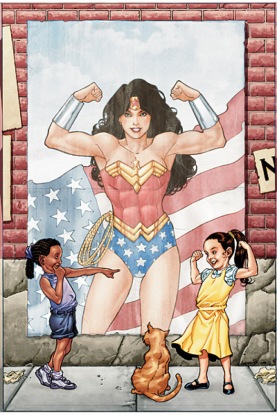 At the time, though, I still did not collect single issues.  I trade-waited everything, because it was more economical.  But DC put out trades slower than molasses in January back then.  A hardcover collection would come out six months after a particular storyline was completed, and the softback trade maybe six months to a year after that.  I couldn’t wait that long.

I went to the local comic shop – I’d been in there a time or two to buy a trade, but I’d always felt intimidated going in.  What if the folks running the place went all gatekeeper-y on me?  What if they judged my taste in books?  I was beyond anxious about the whole thing.

Turns out, I didn’t have anything to really worry about.  The folks running the place were approachable and friendly, and helped me set up a subscription box with Gail’s Wonder Woman and a few other comics.  I was officially a comic book person. 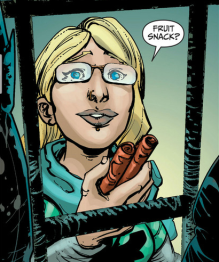 And I’ve continued to follow pretty much every single thing Gail’s written since then.  She’s hands down my favorite comic writer.  Her ability to mix action, emotion, and deep characterization draw me in.  Her dialogue is natural and amazing.  Many of my favorite comic runs are written by Gail: Secret Six, Birds of Prey, Wonder Woman Red Sonja.  She puts her heart into the things she writes, and she works harder than pretty much any other writer I’ve seen to be inclusive and open and welcoming to anyone and everyone in comics. 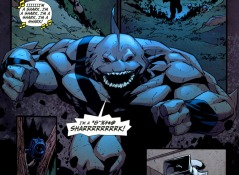 Gail is also a world-class Twitter troll.  She knows more about comics than about 90% of the comic book bros on Twitter, and she’ll purposely say outlandishly inaccurate things to set them all a-twitter (if you’ll pardon the expression).  If you ever want to see a bunch of guys not get it and “um, actually” a professional comic book writer, check out her Twitter feed.  It’s glorious.

Gail Simone is the reason I love comics.  She’s the reason I read as many as I do.  Her mixture of dark and heartfelt themes in her comics work are inspiring.  You can do really heavy, dark stories that have heart and humor at the same time, and I love every bit of it. 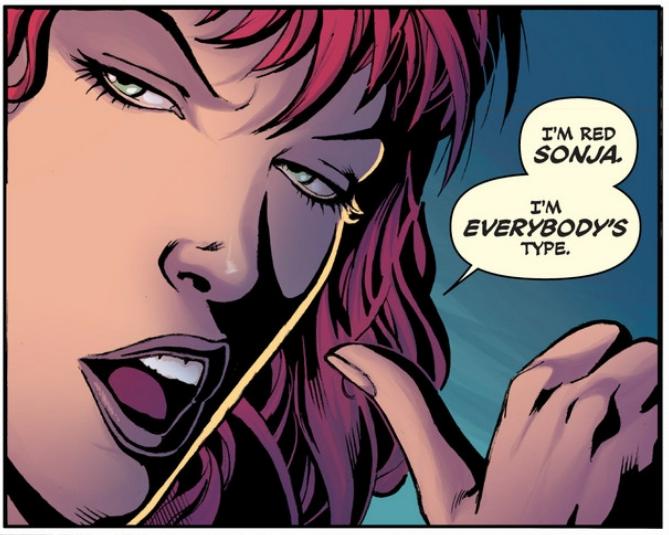