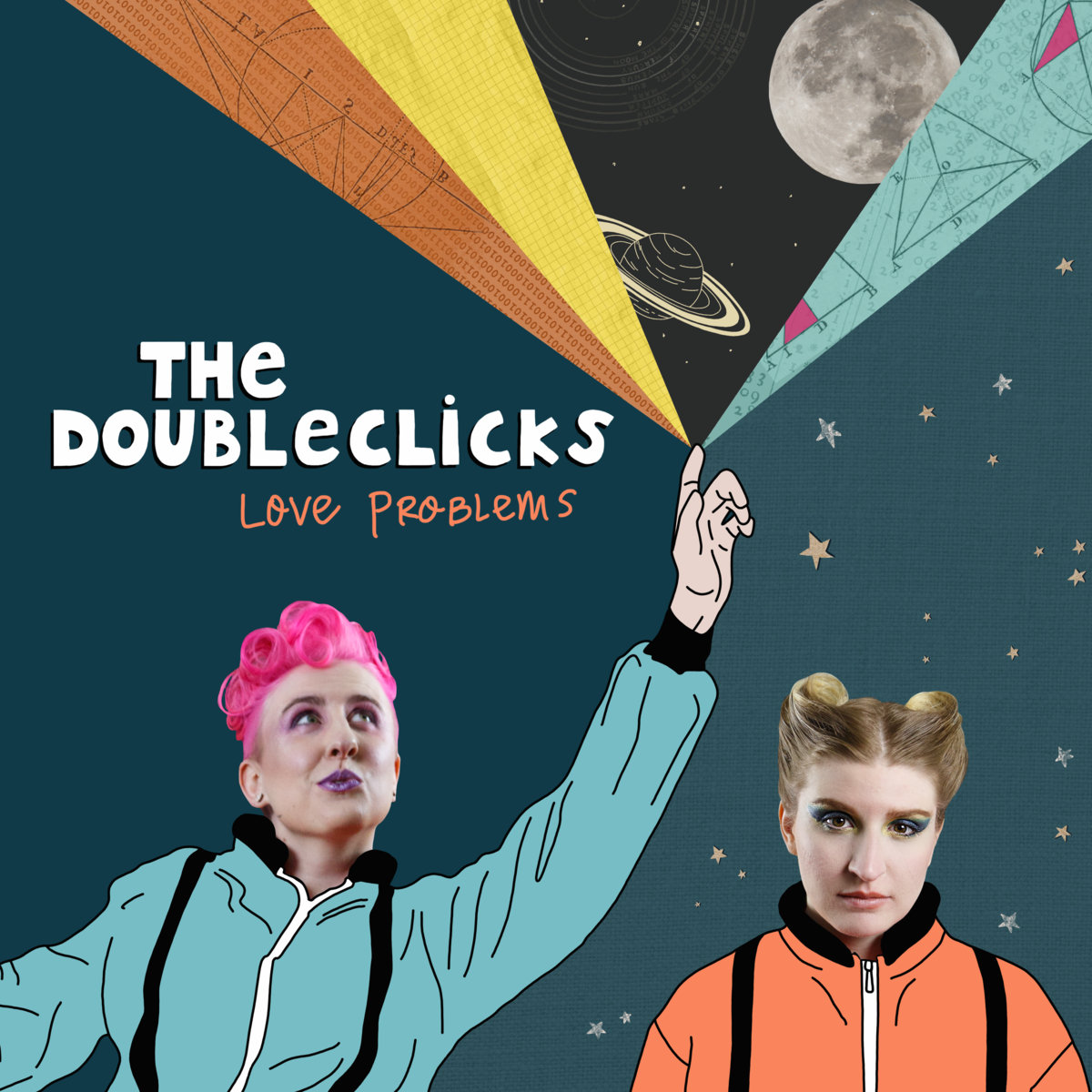 I think the thing I’ve always liked about the Doubleclicks – aside from their unapologetically geeky topics and references – is their earnestness. There’s an open honesty to their songs, an understanding of the human heart that they’ve just chosen to discuss in the context of comic conventions and science and Dungeons & Dragons.

While there are fewer of those references in their latest, Love Problems, the sisters retain that honesty and understanding. It’s a gorgeous album, musically their strongest yet, and more direct in its addressing of their core issues.

Before, the ‘Clicks used pop culture as a lens through which to examine the treatment of women in contemporary society and how forming meaningful connections is difficult and maybe sometimes not entirely worth it? People are awesome, but also sometimes the worst. On Love Problems, they address those concerns more directly. There are songs about gender and sexual orientation, about being sensitive but also very much a badass, and about our need to be important in someone’s life. But there’s plenty about the alienation people often feel, even when they’re not physically alone.

I’ve got a lot of favorites from this album already. The opener, “Lord of the Rings,” examines the ways an old relationship can ruin things you always loved (except LOTR. No one gets to take that away from you). “Kilogram” manages to be a touching love song about the actual Kilogram, the object in France from which all other kilograms get their standard. “Sensitive Badass” is . . . well, it’s exactly that, and it gives me the feels, as the kids these days say. “Big Bang” is a sadly beautiful duet featuring Jonathan Coulton, while “Out of Charge” is an a capella ode to when our phone (or our self) is just too low on battery for us to be able to do anything. “Extra Gin” is the drunken barroom singalong geeks have been waiting for and never knew it.

Songs like “Now is the Time,” “Women Know Math,” and “Wrong About Gender” deal with sense of self in very direct ways, addressing women’s issues and the sense of fear that women are forced to experience by an oppressively patriarchal society. But there’s a sense of defiance and determination that permeates these songs (and the rest of the album, really). “If you haven’t yet realized that we are political, you haven’t heard us,” Angela Webber sings in “Sensitive Badass,” and damn if that isn’t the truth.

Should you listen to the Doubleclicks’ Love Problems? Yes. Very much yes. While there’s a lot of hurt and frustration in the lyrics of the songs on Love Problems, there’s also a sense of hope and determination there. This isn’t the music of people who are resigned to just accepting the way the world is. This is what it sounds like when women raise their voices and announce they’re not going to sit idly by. Stand up and raise your voice with them.