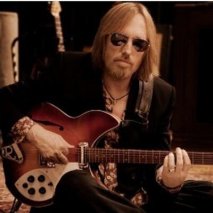 When my wife and I first got together, we went to a Tom Petty concert at Jiffy Lube Live (nee Nissan Pavilion). It was a great show, as every Tom Petty show I’ve ever been to was: he played the hits, running through them with the Heartbreakers like they were brand new songs. Everything felt fresh. It always did. I sang along as loudly as I could, which I also always did at Tom Petty concerts.

Tom Petty was one of the first musicians I developed a strong liking for independent of my father’s musical tastes. Sure, dad like Tom Petty, but I really dug the guy’s stuff. Dad got me Damn the Torpedoes! on tape, as well as Full Moon Fever and Into the Great Wide Open. I listened to them until the tapes warped. 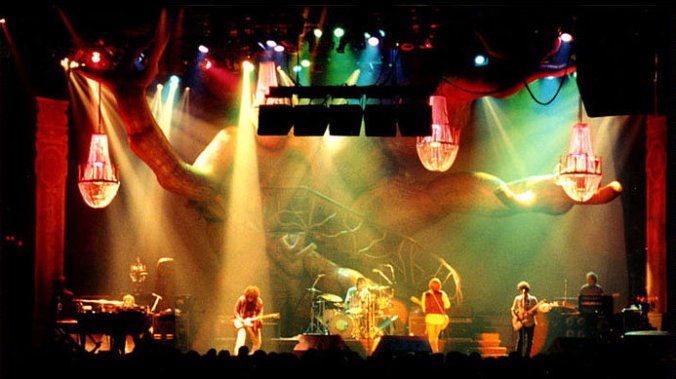 The first time I saw Tom Petty & the Heartbreakers play live was in Oklahoma City in 1991. I was all of 11 years old, but my dad had managed to snag front row center tickets for us (I think Uncle Randy had actually got the tickets for us, since dad was usually on the road working and couldn’t be at the phone the second the tickets went on sale). Regardless, it was the greatest concert experience of my life. Petty and the band danced around the stage — which featured a massive inflatable tree with a doorway in the trunk — and Petty had some antics with a storage trunk and that hat he wore a lot in the ’80s and early ’90s, then he got chased around by guys in Nixon and Reagan masks in a bit of political theater 11-year-old me was definitely not tuned in to. It was a hell of a show, and I sang along to every song. At the end of the show, Tom Petty leaned down from the stage and handed me his guitar pick. I was stunned. I was ecstatic. I was grinning so wide my head just about split in half. I’ve still got that pick, tucked away in a baggie with a second edition Boy Scout Handbook at one of my parents’ houses.

Tom Petty’s death has hit me hard, harder than Bowie or Prince did. It hits as hard as George Harrison’s death back in 2001. I listen to his work on a pretty constant basis. No matter what other music comes into my life, I know that Tom Petty & the Heartbreakers are always there with their chiming guitars and nasally vocals. Petty always seemed like he was having such fun making music, even when it was about serious stuff. The Heartbreakers were the band I wanted to be in — sure, there were better, more popular bands out there. There were even a few with better songs, though not many. And no one seemed like they enjoyed their work more than these guys. Petty had this laid back, chill vibe, and an aw-shucks sort of approach to his own super-stardom that was very endearing. The shots of him in the behind-the-scenes video about the Traveling Wilburys — the supergroup he was in with George Harrison, Bob Dylan, Jeff Lynne, and Roy Orbison — made it clear he felt like he’d hit some sort of undeserved jackpot. There’s always a “what the hell am I doing here?” grin on his face. He was the fan who became an equal.

Petty’s songs are going to outlive us all. “Free Fallin’,” “Don’t Do Me Like That,” “Mary Jane’s Last Dance,” “The Waiting”…there are so many classics on every album they put out. Damn the Torpedoes! especially would be some other band’s greatest hits. Any other guy would’ve put out Wildflowers and coasted on it for the rest of their career. Not Tom Petty. He kept cranking out well-crafted tunes that other musicians would’ve killed to have written. 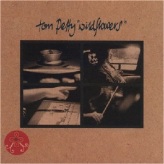 Tom Petty was and remains one of my all-time favorites. In the hypothetical desert island discs top-5, Wildflowers or Damn the Torpedoes! would definitely be on there. He passed too soon. The great ones always do. And while his death leaves a massive hole in my life, at least I have all the music he created to try to fill that hole.